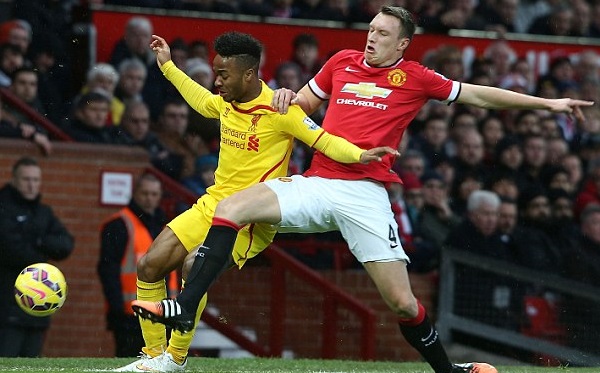 To read my previous articles you can click on:

The reason I love it so much is that we all know just how much benefit men get from doing Pilates, so it is a crying shame that more don’t do it. We all know the facts; that Joseph Pilates was a man, and that he trained other men many years before Pilates become synonymous in many people’s minds with dancers and women.

Here in Barcelona, I have lots of men who come on my Barcelona Bienestar  fitness and sport holidays where Pilates forms an integral part of the training.

I hope that Phil Jones’ story might encourage a few more men to venture into a local Pilates studio or join a class.

Manchester United defender Phil Jones is the latest Premier League footballer that has turned Pilates in a bid to overcome the injury problems that have blighted his early years at Old Trafford.
The England international made his latest comeback for Louis van Gaal’s team in the recent 3-0 Barclays Premier League win over rivals Liverpool.

Jones was rushed back ahead of schedule but came through unscathed and afterwards he revealed he has turned to some of the game’s more modern conditioning methods as he bids to maintain fitness.

‘I started the pre-season and played every single game and every single training session,’ he said. ‘Then, on international duty, I pulled my hamstring and I have never had a muscle injury so it was disappointing. When I was coming back I then had shin splints. It has been unfortunate. I have been doing a lot of work in the gym and hopefully that will stand me in good stead for the rest of the season. It is strength work, yoga and Pilates and loads of stuff. I will do anything I can to improve myself. My aim right now is to stay fit and stay focused and get a run of games under my belt.’

I hope that Phil Jones’ story might inspire more men to take up Pilates.

Chris Hunt is an international Pilates and functional training presenter and educator based in London and Barcelona, Spain. He is the creator of Pilates EVO©, bodyFUNC©, and CEO of Pilates Rehab Limited and Sport Core Strength.  He also created Pilates Carnival and Fitness Carnival, conventions where all profits go to local children’s charities. He organises retreats, fitness holidays and sports holidays in Barcelona. For more information about training with Chris in Barcelona, please click on Barcelona Bienestar. To learn more about Chris Hunt, please read Just who is Chris Hunt anyway? You can also subscribe by completing the form on the this BLOG to receive articles and special offers straight to your inbox.