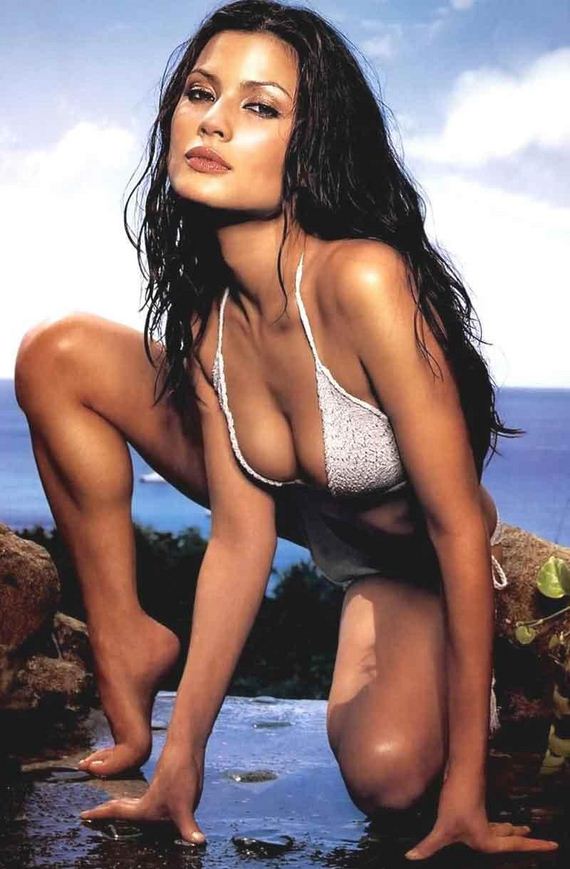 Anything that raises the awareness of Pilates can only be a good thing. In today’s celebrity culture, it is a fact that many people associate themselves with the people they see in magazines or on the screen. I have no intention of arguing the rights of wrongs of this. I just accept it as a fact, and if just one person tries Pilates because of one of my blogs, then I consider this to be a success. If you want technical Pilates information that please click on the link above to my website and let’s chat 🙂

Today’s celebrity Pilates news is about Gal Gadot. The long rumoured role of Wonder Woman for the Man os Steel follow-up has been officially announced by Warner this week, with the Israeli actress taking on the role in Batman Vs. Superman.

Gadot is perhaps best known for her role in the Fast and Furious films, appearing as the character Gisele Harabo in the last three films. In a statement, producer Snyder said:

“Wonder Woman is arguably one of the most powerful female characters of all time and a fan favourite in the DC Universe. Not only is Gal an amazing actress, but she also has that magical quality that makes her perfect for the role. We look forward to audiences discovering Gal in the first feature film incarnation of this beloved character.”

But how does the 28-year-old former Miss Israel and mother of one maintain her body? Any guesses? In her own words “I just keep active—everything that’s challenging me, everything that I feel like doing. It’s not like I’m only TRX or Pilates. I do sports.”

As I have said many times before, Pilates should be one part of an exercise regime and I agree with Gal about TRX as that is my favourite way to train as well. About TRX Gal says “because everything’s working your whole body,” she said. “I do cardio, but I don’t like it as much. I’d rather do weights.”

Her diet is of course very important but she is human. She says “I try to eat healthy, but sometimes though, I eat cheeseburgers. That’s good for the soul. I make sure to balance everything out. I drink tons of water.”

Chris is an international Pilates presenter and educator based in Barcelona, Spain. He is the creator of Pilates EVO©, bodyFUNC©, and CEO of Pilates Rehab Limited and Sport Core Strength.  He also organises Pilates Carnival and Fitness Carnival, conventions where all profits go to local children’s charities. For more information about the services that Chris offers in Barcelona including Pilates, functional training, massage, NLP, coaching and beauty treatments, please click on Barcelona Bienestar. To learn more about Chris, please read Just who is Chris Hunt anyway?