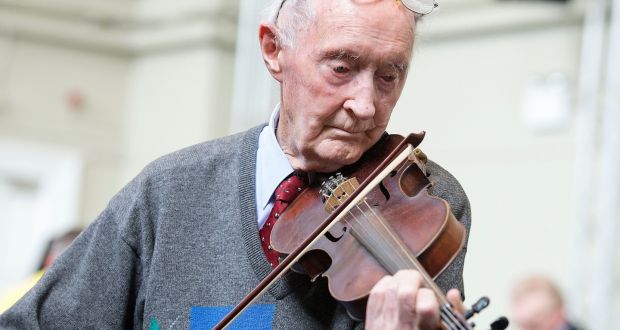 Maintaining our mental health with music

As a qualified musician, as well as writing this blog about mental health, I was very interested to read recently about a Scottish study that suggests playing a musical instrument can have lifelong mental health benefits — including staving off dementia.

Researchers at Heriot-Watt University compared the mental agility of musicians and non-musicians aged between 60 and 88 in memory and spatial reasoning tests. Those who played an instrument completed tasks up to 25% more quickly.

Professor Alan Gow, who led the study, published in scientific journal Aging, Neuropsychology and Cognition, said it “highlighted that learning and playing a musical instrument may be associated with cognitive differences in older age, and supports musical activity as a potentially cognitively protective lifestyle factor”.

I have written many times about the simple things that we can do that can have a lasting impact on our mental health, and learning or playing an instrument can also bring a lot of joy. But maybe talk to your neighbours before you start playing the drums…
Chris Hunt ACII is qualified in rehabilitation, Pilates, meditation, personal training, NLP, and Thai Massage. Contact Chris here or for more information about simple and free wellness advice click on www.pilatesevo.com

This is a very personal and difficult blog for me to write, but one that I really want to share with you all. No pictures, just my honest, heart-felt story.

Dementia, even in 2013, is still a dirty word to many people and misunderstood by many others. It “remains one of the last bastions of stigma and fear when it comes to illness” as the UK health secretary very succinctly put it. This week in the UK press there has been a lot of headlines about it as David Cameron headed a G8 conference on the subject on Wednesday the 11th December. The result of this was that the G8 pledged that they would find a cure by 2025, treating it in the same was as HIV/Aids and cancer

My story is a typical one, nothing special when dealing with this terrible disease. My father started showing symptoms a few years ago. The usual forgetfulness and unusual behaviour. The disease soon progressed to the point where he didn’t recognise me. This thought still makes me cry to this day. If you want to understand what dementia can do, try imagining one of your parents looking at you like a stranger, and worse with mistrust and even fear in their eyes. I witnessed my father not only lose his mental capacity, but also his dignity. The care he received from one of the UK’s so-called leading healthcare providers was a disgrace and only made the whole situation worse. The night my father passed away, I had a horrible dream. I woke up with a sick feeling in my stomach to find that I had slept through a call from the hospital telling me I should get to his bedside immediately as he wouldn’t make it through the night. I will regret missing that call for the rest of my life, but maybe it saved me the pain of seeing him pass away. I can instead remember saying good night to him the night before and kissing him on his forehead as he was in a peaceful, drug-induced sleep.

Labelled the 21st Century Plague, dementia is going to become part of more and more people’s lives. About 800,000 people in Britain currently suffer from it, and this figure is predicted to double by 2050, with cases around the world projected to triple to 135 million by the same date. Currently, there is no cure with health services only able to try to help people live with their disease rather than cure it. This makes it all the more important to reduce the risks of developing it in the first place. Research is increasingly showing that five key components of healthy lifestyle can ward off a range of conditions including heart disease, diabetes and dementia. A recent 35 year study found more evidence to confirm this. So what are the five key components?

So not rocket science then, and something that everyone can do. As Doug Brown, director of research at the Alzheimer’s Society said “we have known for some time that what is good for your heart is also good for your head….. healthy living could significantly reduce the chances of developing dementia”.

I still cry when I think back to what happened to my father. Whilst the world’s leading countries have finally woken up to this global issue (some cynics might say their attitude has been clarified by the threat of enormous costs associated with treating sufferers), by taking five simple steps, we can all help to reduce the risk of my story becoming your story, or your children’s story. Trust me, however difficult you might think those five steps are, the alternative could be ultimately worse.

Here are some links to recent articles I have written about the connection between mental and physical health, and about depression. New studies are confirming the links every week.