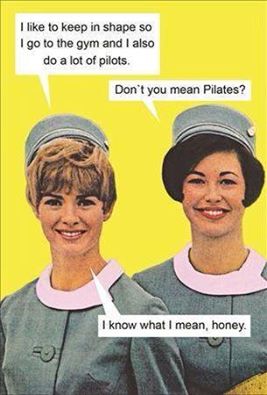 Scientific Studies into Pilates: Where is the evidence?

Today there have been media reports of a new study into the effects of Pilates.

It is argued in certain quaters that there remains a distinct lack of scientific evidence that categorically proves the beneficial effects of Pilates. Whilst the anecdotal evidence of Pilates practitioners and others in the areas of rehabilitation and health such as physiotherapists is conclusive, sceptics are still not all convinced.

Because of this, I find any new scientific study into Pilates very interesting.

Dr. Bijan Najafi is an Associate Professor of Surgery and a member of the University of Arizona Centre on Aging. According to Najafi, the science between aging and exercise is simple. Exercises, like Pilates, allow the brain to correct motor errors, and in layman’s terms, retrain the brain to move correctly.

A recent study in the Journal of Physical Therapy Science he concludes that Pilates can help balance ability in senior citizens. “Of course, the general term is that you should, ‘move it or lose it,'” Associate Professor of Surgery and member of the University of Arizona Center on Aging, Dr. Bijan Najafi said. “Usually, if you become very active, you can overcome many pains,” Najafi added.

I have written before about Pilates in older age, for example the British Actress Felicity Kendal is a great example at the age of 67, read Felicity Kendal at 67: Pilates is better than botox.

I am still trying to obtain a full copy of Dr Najafi’s study because the above quotes are far from convincing and can mostly be put down to common sense. As soon as I have the study I will publish it here.

In the meantime, I am interested to know which previous studies you rely on when substantiating the benefits of Pilates to those who require more than anecdotal evidence. It will be useful I am sure if we compile a “top-ten” scientific studies that teachers can draw upon.

2 thoughts on “Scientific Studies into Pilates: Where is the evidence?”