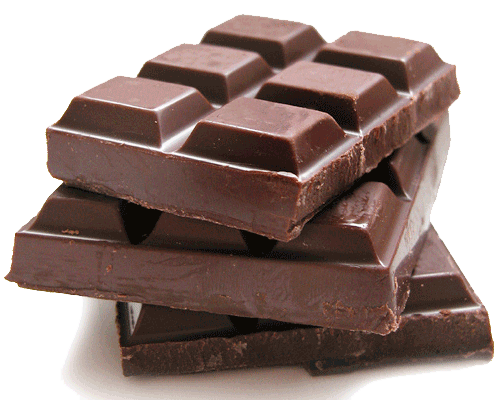 Do you spend your year ploughing through pile after pile of chocolate?  Valentine’s Day chocolate (having previously just finished the Christmas chocolate bonanza), then Easter, and birthdays and dark nights and mother’s/father’s day etc etc. The chocoholic’s calendar is usually very busy.

It is complicated. Chocolate comprises a complex medley of over 400 distinct components that gives it that unique taste, texture and aroma. It has properties that enhance our urge for sensory gratification, so simply seeing or smelling it can trigger cravings. Even writing about it is making me want to reach for that Malteasers Easter Egg hidden away as a present for my Niece.

Like drug addictions, food cravings alter potent neurotransmitters that regulate our mood. Cocoa butter changes from solid to liquid at mouth temperature (the melt-in-your-mouth quality), which causes the brain to release a flood of endorphins, the body’s natural pain killers, producing temporary feelings of warmth and euphoria. The analgesic effect of chocolate may be a source of sensory addiction for some.

The sugar in chocolate stimulates serotonin, a neurotransmitter that regulates mood and provides a sense of calm and well-being. Chocolate may help chase the blues by raising serotonin levels, though the science behind this is disputed.

Chocolate contains psychoactive agents that can change mood. Theobromine, a chemical similar to caffeine, is absorbed quickly, mildly stimulating the nervous system to increase the heart rate and can give a mild energy surge. Chocolate is rich in phenylethylamine (PEA) another stimulant. PEA levels are enhanced in people in love, so eating chocolate may temporarily mimic the love vibe, without the need to pay it compliments or take it out to dinner.

And if that was not enough, recent research suggests that people who eat chocolate regularly tend to be thinner. The findings come from a study of nearly 1,000 US people that looked at diet, calorie intake and body mass index (BMI) – a measure of obesity. It found those who ate chocolate a few times a week were, on average, slimmer than those who ate it occasionally. Even though chocolate is loaded with calories, it contains ingredients that may favour weight loss rather than fat synthesis, scientists believe.

Despite boosting calorie intake, regular chocolate consumption was related to lower BMI in the study. The link remained even when other factors, like how much exercise individuals did, were taken into account. And it appears it is how often you eat chocolate that is important, rather than how much of it you eat. The study found no link with quantity consumed.

According to the researchers, there is only one chance in a hundred that their findings could be explained by chance alone. But the findings only suggest a link – not proof that one factor causes the other. Lead author Dr Beatrice Golomb, from the University of California at San Diego, said: “Our findings appear to add to a body of information suggesting that the composition of calories, not just the number of them, matters for determining their ultimate impact on weight.”

This is not the first time scientists have suggested that chocolate in moderation may be healthy for us. Other studies have claimed chocolate may be good for the heart. Consumption of certain types of chocolate has been linked to some favourable changes in blood pressure, insulin sensitivity and cholesterol level. And chocolate, particularly dark chocolate, does contain antioxidants which can help to mop up harmful free radicals – unstable chemicals that can damage our cells

Dr Golomb and her team believe that antioxidant compounds, called catechins, can improve lean muscle mass and reduce weight – at least studies in rodents would suggest this might be so. Mice fed for 15 days with epicatechin (present in dark chocolate) had improved exercise performance and observable changes to their muscle composition. They say clinical trials are now needed in humans to see if this is the case. There will no doubt be a long queue of willing human guinea pigs willing to risk their health by eating chocolate in the name of science.

But there are still lots of unanswered questions. So while there’s no harm in allowing yourself chocolate now and again, eating too much might be harmful because it often contains a lot of sugar and fat. So if you are looking to change your diet, you are likely to benefit most from eating more fresh fruits and vegetables.

OK, now where did I hide that Easter Egg….

Chris pays 50% of any money made from this BLOG to his charity partners. More details can be found by clicking on www.chrishuntwellness.com and selecting the “charity partners” tab.