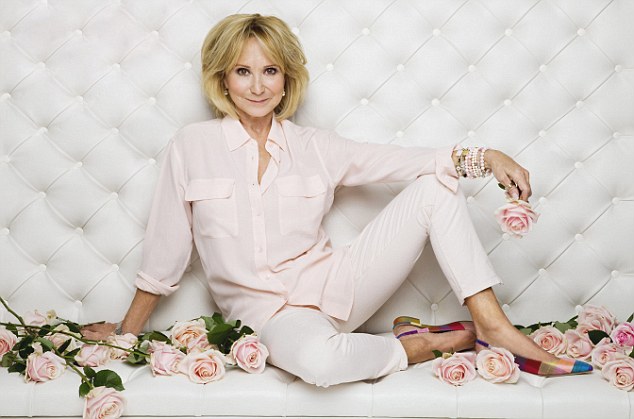 So it’s my birthday today, but there is nothing I like to do more in life than to champion the benefits of Pilates!

Today I am writing about the British actress Felicity Kendal. She has always looked amazing, and she has now revealed some of her secrets. She naturally uses Pilates as part of her routine, and she says some very intelligent and interesting things about health and beauty. So for once I will let someone else do most of the talking!

She used Botox and fillers earlier in her career to try to halt the ageing process, but last week the 67-year-old actress admitted she has now dispensed with cosmetic surgery, claiming she wants her complexion to ‘match the rest of her body’.

Miss Kendal, who shot to fame in cult BBC sitcom The Good Life in 1975, said she now prefers to use a combination of yoga, Pilates and weightlifting to help maintain her striking looks. Speaking about pressure to maintain her youthful appearance, she said: ‘There is pressure in the movie business, but I’m not in that. I haven’t done fillers or Botox for ages. There comes a point where you have to match bits of you with the other bits, otherwise you get a terribly random situation. All that is off the cards now.

‘I do a combination of yoga, Pilates, and weights. Very often I don’t feel like it, but you get to the point where you either get stiff and stop, or you keep going. And it’s so worth it, because it makes me feel good. If I don’t do it, I feel yuck, the jeans don’t fit, and I’m lacking in energy. I’m fitter and stronger now than I was 20 years ago, and I’ve never felt so good. ‘Women have become incredibly independent. We’ve really come a long way in almost every walk of life in the past 30 years, and society is more equal now. But we’ve still got this hang-up about what women look like. I do it myself. There is still an obsession with women’s looks, and that’s never going to go, but we could be a little more generous.’

As well as appearing as Barbara Good alongside actor Richard Briers in BBC hit The Good Life, which ran between 1975 and 1978, Miss Kendal has made numerous stage appearances. She also starred in the 2010 series of Strictly Come Dancing where she impressed viewers with her athletic dance routines.

Talking about her approach to staying healthy, she added: ‘My pleasure is a glass of red wine… maybe two. After that, I can’t remember! But I don’t believe in guilt. I used to feel guilty: I should do more exercise, I shouldn’t do this, I should do that… But now I just think, this is who I am, and give into it. There’s a liberation in that. At my age, women get to a point where we don’t make decisions to impress somebody else, but to please ourselves. Like when I got my tattoo four years ago. It was the opposite of trying to be younger and ‘with it’, it was about celebrating the fact you’re not young anymore, so you know what you want to do. It’s something I did totally for myself.’

2 thoughts on “Felicity Kendal at 67: Pilates better than botox”